A vogue for small six – cylinder engines led to the introduction of the Wolseley Hornet engine, which had its origins from the First World War, when Wolseley Motors made Hispano Suiza engines, under license for fighter aeroplanes like the S.E.5a.

Post the Great War the 10 hp. Wolseley had an overhead camshaft and by the late 1920’s it had evolved into a small 4 cylinder O.H.C. 848cc engine, which was subsequently the basis of Cecil Kimber’s M type Midget. In 1930 Wolseley Motors added two more cylinders to the Minor’s 848 cc engine, producing a six cylinder O.H.C. engine of 57mm bore and 83m stroke giving 1271cc’s, with a vertical dynamo driving the camshaft. This engine was used to power the first Hornet saloons produced in 1930, the chassis of which was on an extended Morris Minor chassis. With its O.H.C and hydraulic brakes, it broke new ground and from 1931 it was also made available in chassis form. It was not long before the sporting potential of this light car was realised and soon many of the 60 or so coach builders around in those days, such as Swallow Side Cars, tried their hand at designing a sporting bodywork on the chassis, producing both two and four open seater cars and coupes. One of the earliest produced was an Abbey bodied car, built for the London based dealer Eustace Watkins Ltd. (EW), which were characterised by a slatted radiator that you could control the airflow through. The vertical dynamo, 3 speed gearbox and central accelerator pedal. Specialist tuners such as Derrington and McEvoy were also quick to see the potential of this Hornet’s lively 1271cc engine, and they developed a remote control for the 3 speed gearboxes, an improved camshaft, twin carburettor conversions and even superchargers to extract more power.

The Hornet engine became the basis of all six cylinder O.H.C. M.G. engines, the F type was the same engine as the early Hornet. This engine had all the ports to the valves on the same side (not crossflow) and a single carburettor. Later Hornets moved away from the vertical dynamo, which the M.G.’s retained. 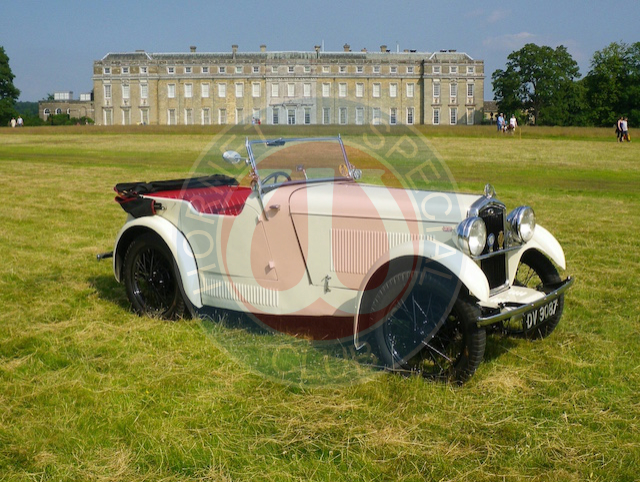